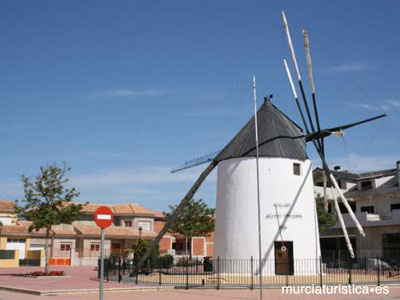 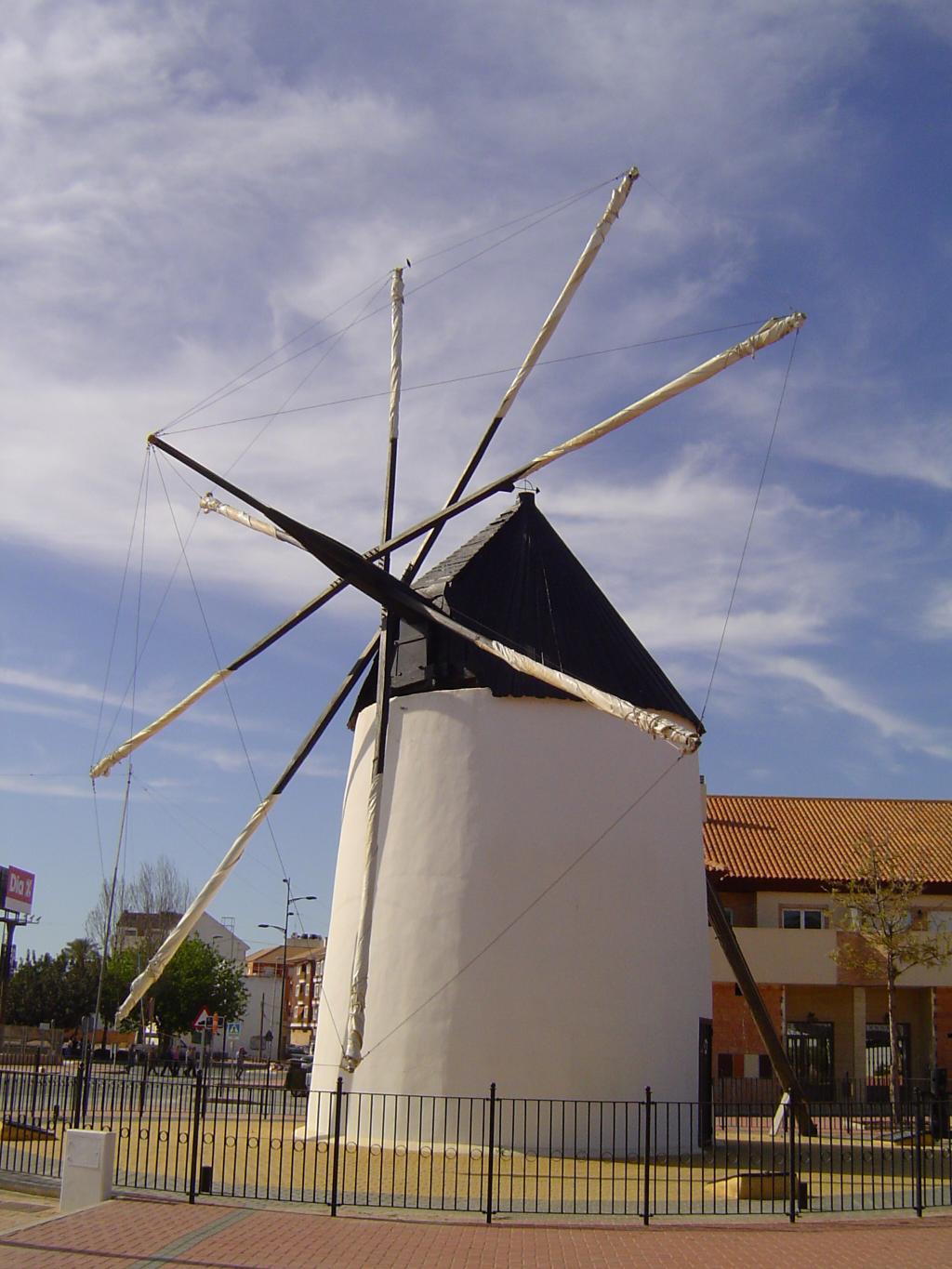 Windmills were introduced throughout the Campo de Cartagena from the 16th century onwards. They are of the Mediterranean type and lateen sail. The presence of flour mills was more frequent from the 18th century to the middle of the 20th century and, together with the mills dedicated to the extraction of water, they were essential to the economy of our region.

Those preserved in the municipality of Torre Pacheco stand out due to the restoration and conservation projects carried out by the Town Hall itself. These actions have returned these giants to their full monumentality and importance.

This area has a great agricultural tradition for centuries, with many Roman villas dedicated to the cultivation of cereals documented. Due to this important agrarian tradition, the presence of mills is absolutely necessary to convert wheat into flour or to extract water from the subsoil for irrigation through the conversion of wind power.

The Windmill of “Tío Facorro” is located in the centre of Torre Pacheco, within its framework. Despite the disappearance of this type of construction and the urban expansion, this mill has survived and has become one more building in the urban landscape.

Its floor plan is circular, while its truncated cone shape rises to about 12 m. Its construction is based on the use of stones joined with a mixture of lime and sand, creating walls of sufficient thickness to be able to withstand the wind and the weight of all the machinery.

Its deck, called chapitel, is made up of a series of wooden boards attached to an axis that allow the sails to move in the direction of the wind so that they can blow. This canopy is revolving, a fundamental piece being the guide mast which is the one that moves the spire and gets the sails. Its interior has three chambers, in which the necessary machinery for the process of manufacturing flour is distributed. These floors were built by beams and covered with wooden boards.

Part of its story is known to us thanks to the documentation in the municipal archive. In 1838, its existence is reflected for the first time. From that year onwards, the owner paid the taxes on the property without interruption until 1843. Nothing more is known about this construction until 1851, being from that year its new owner Gregorio Sánchez Egea until 1874. From that date onwards, several owners followed one another until Mariano Sánchez Victoria, who was its last owner until the middle of the last century when industrial grinding machines definitively replaced the windmills.

The Town Hall of Torre Pacheco restored it for the first time in 1997, and later several interventions have been carried out since these constructions need continuous maintenance.