We suggest you connect with the essence of the Region of Murcia by means of its food and wine. Here are some hints on how to treat yourself during your stay.

Our products like dressing up and wearing labels, they're fussy like that. We have Designated Origins, but also other accolades that commend the quality of many of them and are indicative of the fact that foodstuffs in our region are first class. It's not a question of blowing our own trumpet (although we have good reason to), but if you're looking for choice and flavour, you'll find them here.

With so much to choose from in both raw materials and more elaborate dishes, visitors with that gourmet spirit are sure to be in their element. Be sure to stock up on some of these products that are brimming with the flavour of the Region of Murcia and will give your dishes a special touch that is difficult to find elsewhere. Discover their variety and quality.

They're almost too good to eat!


In the Region of Murcia, quality is guaranteed. Put on your food critic's hat and rate the products listed below. Ten out of ten or better, for sure!

WHAT CAN I TRY?

01 Olive oil. Olive oil is an essential part of the Mediterranean diet in general, and the Murcian diet in particular. Varieties such as cuquillo, cornicabra and picual each have distinctive hints of different herbs and spices, and should be chosen depending on the purpose of each dish. Liquid gold fever is here to stay.

02 Organic agriculture. In our Region, many fields have gone back to nature, to natural methods of cultivation, far removed from pesticides and genetically modified products. Totally organic fruit, vegetables, rice, grapes, almonds and cereals. Couldn't be greener.

03 Calasparra rice. Cultivated in the traditional way for centuries, rice from Calasparra was the first in the world to obtain its own Designation of Origin. Round or long-grain, brown or white... You can use it instead of confetti at a wedding... although anything other than eating it seems sacrilege.

04 Fruit. The sun, the soil and the water in our Region mean that our fruit is a real gastronomic treasure. Many farms are part of the Clean Agriculture programme, which uses fewer pesticides. Apricots, cherries from Jumilla, dessert grapes and oranges are great representatives of our fruit farms. Healthy and clean.

05 Vegetables. The fact that we are known as the "Garden of Europe" has its reasons. And, as is the case with fruit, Clean Agriculture is being implemented right across the Region. If you are something of a vegetable connoisseur, be sure to try the tomatoes, lettuce, peppers, broccoli and Totana pumpkin. The temptation of plants.

06 Imperial from Lorca. With a name like this, you might be expecting to see Julius Caesar, but that's not the case. We are talking about a cured pork sausage, similar in appearance to "espetec", but with a characteristic regional flavour.

07 Serrano ham. If there is a typical food product in our country, this is it. And in our Region, ham from chato murciano pork is sure to win the hearts (and stomachs) of all those who try it. Just a sliver and you'll be worshipping at its feet.

08 Pears from Jumilla. Designated Origin hasn't stopped this fruit from blushing the minute it sees a little sun. Freshly picked from the tree, cooked in wine or bottled, pears from Jumilla are simply mouthwatering.

09 Paprika from Murcia. Spice made from ground bell peppers and much sweeter than its American cousins. It has its own Designation of Origin and is used to add colour and flavour to almost any dish, pepping it up a bit.

10 Cheese from Murcia. Made with goat milk from the mountainsides of the Altiplano district, it has a marked personality and a flavour all of its own, as evidenced by its Designation of Origin. Your mousey instinct will come alive as soon as you detect that characteristic smell.

11 Murcian cheese in wine. A first cousin of the previous one, but soaked in local wine, which gives it a reddish colour rind. As the saying goes, "cheese and wine, journey fine", or something along those lines...

12 Cured goat cheese with almonds. This cheese doesn't like going to the doctor, it prefers to "cure" itself with a good dose of olive oil swathed in ground almonds. A natural cure for an exquisite treat.

13 Wine from Bullas. White, rosé and red, the Bullas Designation of Origin is tricolour. They say that the god Bacchus is thinking of moving here.

14 Wine from Jumilla. Ten types of wine: four reds, two rosés, two clarets, one white and one natural sweet. If you set about trying them all, you'll be here a grape deal of time.

15 Wine from Yecla. Seven wines for seven brothers... wasn't that the name of the film? Stop beating around the bush and try Yecla's seven varieties of wine. They definitely deserve taking your hat off to.

16 Local wines. There is life beyond Designated Origin... and good wines too. A good example is provided by the Campo de Cartagena wines, whose flavour, colour and bouquet are every bit as good as their neighbours. Try the sweet wine and it's sure to be love at first sight... or at first sip. 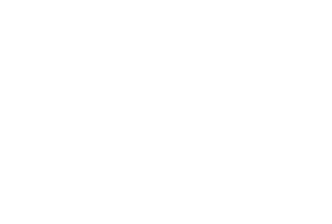 Wine tourism
the Region of Murcia